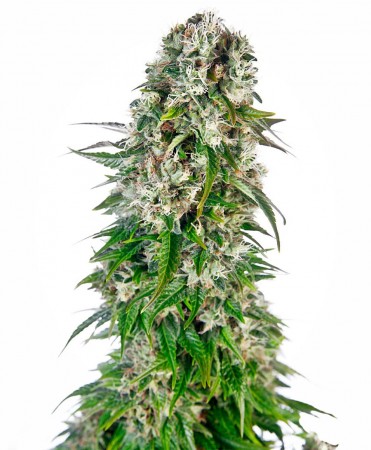 The original Big Bud clone which travelled from the USA to Holland in the 1980s was a vigorous Afghan-Skunk hybrid which produced huge, heavy flower clusters. The project to turn that single female plant into a stable cannabis seed strain began by pollinating the Big Bud clone with cannabis varieties that were very similar to its parent plants. This produced two early hybrids, Big Bud x Skunk #1 and Big Bud x Northern Lights #1, which both proved very popular. Eventually, an example of the clone’s original Afghan parent - a bulky hash plant cultivar - was obtained, which made it possible to backcross and stabilise the variety. The result was a vigorous mostly-indica cannabis seed strain that could equal and even exceed the yields of the original clone, and significantly enhanced her potency and flavour. Our Big Bud seed strain was released in the early Nineties, quickly picked up several awards, and has been one of our most popular strains ever since.