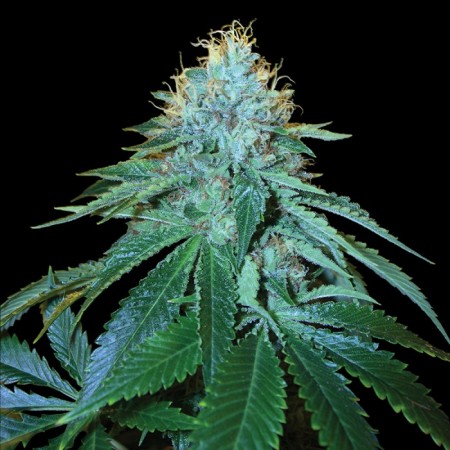 We selected The #18 out of the feminized OG Kush seeds we first released. The #18 was so good in many ways we had to re-feminize her! She takes on a more Sour taste then the original OG and at least a 1/3 better yield. She has the yield and fuely sour taste of the Chem Dawg with the OG-Chem power. Flowering in 9 weeks this is a keeper pheno, with rock hard buds that shine with crystals. If a more refined Sour version of the OG Kush is what your after, here it is. This is a re-work project that just keeps getting better, stronger, and fatter than the parent!!! This is Video Game herb! 1st Hydro Spannabis 2011 2nd Indica HT Cannabis Cup 2009 3rd Indica HT Cannabis Cup 2007